Wells Fargo & Co (NYSE: WFC) stock rose over 3.6% on 15th October, 2019 (as of 12:07 pm GMT-4; Source: Google finance) though the company reported a 26% decline in its quarterly profit, as mortgage income sank and it braced for additional legal expenses tied to a sales practices scandal that erupted more than three years ago. Net income applicable to common stock fell to $4.04 billion in the third quarter ended Sept. 30, from $5.45 billion, a year earlier. The bank is operating under heavy regulatory scrutiny, that includes an unprecedented cap on its balance sheet by the Federal Reserve, as it tries to rebuild its reputation after revealing in 2016 that it had opened potentially millions of unauthorized accounts.  The bank has paid billions of dollars in fines and penalties and launched a campaign to win back the faith of its customers and investors. The bank’s litigation costs helped push expenses up 10% in the third quarter from a year earlier despite cost-cutting goals. 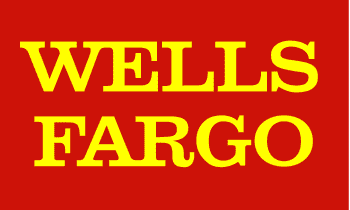 WFC in the third quarter of FY 19 has reported the adjusted earnings per share of $1.07, missing the analysts’ estimates for the adjusted earnings per share of $1.15, according to IBES data from Refinitiv. The latest results include a charge of 35 cents per share related to lawsuits over a scandal in its retail business that has dogged the bank for years. That was offset somewhat by a gain of 20 cents per share from the sale of a retirement trust business. The company had reported the adjusted revenue growth of 35.9 percent to $22.01 billion in the third quarter of FY 19, beating the analysts’ estimates for revenue of $21.12 billion.

WFC’s net interest income fell 7.5% to $11.63 billion as the U.S. central bank lowered borrowing costs (interest rates) for consumers twice in the quarter to sustain the more than decade-long economic expansion. Wells had $12.6 billion of interest income in the third quarter of 2018. The average rate on the 30-year, fixed-rate mortgage dipped to 3.57% last week from about 4.9% a year ago, according to mortgage buyer Freddie Mac.

Meanwhile, WFC has last month appointed Charles Scharf, which is a one-time Jamie Dimon protégé known on Wall Street as a detail-oriented number cruncher who excels in streamlining operations, as its new top leader.