Sibanye Gold Ltd (NYSE: SBGL) stock has risen >235% in 2019 (Source: Finviz) and made a positive start in 2020. The company has become the world’s biggest platinum miner with the acquisition of Lonmin. The deal, which was approved by shareholders had created a company that will eclipse Anglo American Platinum as the world’s biggest platinum miner and will rank second to Russia’s MMC Norilsk Nickel PJSC for palladium output. Further, the Lonmin assets may be worth triple what Froneman paid for them, as per Africa’s largest bank. The Lonmin deal is expected to add approx. $150 million to Sibanye’s annual cash flow, according to Morgan Stanley analysts. Froneman is projected to need that money to start paying down the company’s debt, which piled up during a string of acquisitions that extended Sibanye’s platinum-group metals empire from South Africa to Zimbabwe and the US. 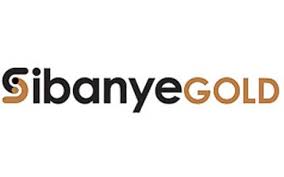 On the other hand, the company had forecast a much-improved second half to 2019 and a possible return to paying dividends in 2020. The forecast was based on a number of conditions, that includes no strike disruptions to its platinum group metal (PGM) supply from SA resulting from wage talks, as well as sustained metal prices, particularly for gold, palladium and rhodium.

Moreover, the Group operating performance for the third quarter ended 30 September 2019 reflected the recovery in the operating and financial performance of the Group, after a difficult eighteen-month period. Most pleasing has been the way the SA gold operations have re-established and improved on what was an industry leading safety record prior to H1 2018, which is despite the additional challenges posed by the five-month strike, which ended in April 2019. Q3 2019 financial performance had increased the deleveraging, with  net debt: adjusted EBITDA of 1.7x at 30 September 2019, which reflects significantly improved relative to net debt: adjusted EBITDA of 2.5x recorded at 30 June 2019, and remaining well below the 2019 covenant ceiling of 3.5x. If the current spot precious metals prices persist during Q4 2019, the Group will be on track to surpass the year-end leverage target of 1.8x.

The Rand Revolving credit facility (RCF), which was due to mature in November 2019, is now successfully refinanced on similar terms, and has improved the liquidity and resolving any near-term financing risk. The new Rand RCF which is due in 2022, has an initial facility value of R5.5 billion, but includes a R2 billion accordion option, which allows for an option to upsize to R7.5 billion and to extend the tenor through two further one-year extensions in the future.