Edwards Lifesciences Corp (NYSE: EW) stock rose over 3.8% on 24th October, 2019 (as of 10:55 am GMT-4; Source: Google finance) after the company posted better than expected results for the third quarter of FY 19 and raised the forecast for FY 19 earnings. The company’s adjusted gross profit margin increased to 75.9 percent from 75.5 percent in the same period last year. The company posted the adjusted free cash flow for the third quarter of $319 million and generated the total cash of $1.4 billion. 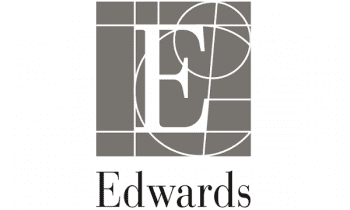 In TAVR third quarter global sales rose 27% to $700 million on an underlying basis on the back of continued strong therapy adoption across all geographies and US showed significant strength. In the US, the company’s total TAVR procedures grew approximately 30% on a year-over-year basis due to an unexpected bolus of TAVR treatments after the strong PARTNER 3 evidence that boosted the recent FDA indication expansion for the SAPIEN 3 and SAPIEN 3 Ultra systems. Outside the US, in the third quarter the company’s total TAVR procedures increased slightly over 20% on a year-over-year basis. In Surgical Structural Heart, the sales for the third quarter grew 3% to $204 million on an underlying basis, due to continued adoption of the premium high value technologies, which was however offset by lower surgical aortic valve procedures in the US as TAVR adoption expanded.

The company has also raised the full-year 2019 TAVR guidance. the company now expect underlying growth to be approximately 20% compared to the previous expectation of about 15%. For  2020, the company is projecting a return to low double-digit growth TAVR procedures globally. For the full-year 2019 Edwards now expects TMTT revenue to be below $40 million due to the company’s continues disciplined introduction and premium pricing strategy, which is moderating site activation. In addition, the company anticipates doubling 2019 TMTT sales in 2020.