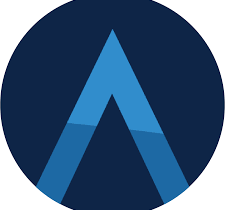 Moreover, in 2019 and into the first quarter of 2020, the company had initiated the enrollment and on-going recruitment in the pivotal DAZZLE clinical trial of KSI-301 in patients with treatment naïve wet AMD. As of March 6, 2020, more than 175 patients have been enrolled by the company in the study randomized 1:1 between KSI-301 and Eylea. The company has completed the recruitment into the ongoing Phase 1b study of KSI-301 in 121 treatment-naïve patients with wet AMD, DME and RVO. The company has completed the Type B (End of Phase 2 or EOP) meeting with FDA. The company had announcement the accelerated registration strategy for KSI-301 which includes: (i) running the pivotal clinical studies in the major retinal vascular disease indications in parallel (rather than in series), and (ii) initiating BLA and pre-commercial manufacturing validation and scale-up activities.

On the other hand, The company had expanded the Board of Directors with the appointment of Taiyin Yang, Ph.D., Executive Vice President, Pharmaceutical Development and Manufacturing of Gilead, who brings expertise and experience in the relevant pre-commercial areas of clinical and commercial manufacturing, quality and supply chain operations.