Apellis Pharmaceuticals Inc (NASDAQ: APLS) stock surged 28.29% on January 7th, 2020 (Source: Google finance) after the company said its experimental treatment for a rare blood disease has met the primary efficacy endpoint in a late-stage trial. The therapy, pegcetacoplan, was tested as a treatment for paroxysmal nocturnal hemoglobinuri (PNH) against Alexion Pharmaceuticals Inc.’s Soliris. The rare blood disease is characterized by hemolysis, or the breakdown of red blood cells, which leads to anemia and other complications caused by a lack of hemoglobin required to transport oxygen throughout the body. After 16 weeks, the experimental treatment drove a greater increase in hemoglobin levels than Soliris. Individuals began treatment with an average hemoglobin baseline of 8.7 g/dL, which means achieving the average increase provided by pegcetacoplan would still technically not alleviate anemia (defined as hemoglobin levels less than 12 g/dL in women and 13.5 g/dL in men). 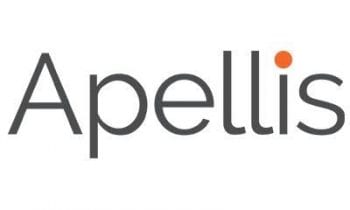 Nonetheless, the ability of pegcetacoplan to increase hemoglobin levels should help in the reduction of anemia symptoms in PNH patients. The drug candidate also reflected non-inferiority to Soliris on two other metrics, including the number of individuals who were transfusion-free (85% vs. 15%).

In the first nine months of 2019, Alexion Pharmaceuticals has reported that Soliris delivered $2.93 billion in global revenue, that includes $1.46 billion in the United States. However, the drug is approved to treat four different conditions and the company is transitioning individuals with PNH to its newer drug, Ultomiris.

In clinical trials, Ultomiris was proven to be non-inferior to Soliris, but the former has the benefit of being dosed once every four to eight weeks. The added convenience of Ultomiris might be an obstacle for pegcetacoplan (dosed twice weekly) that investors are overlooking in the immediate aftermath of the study results. Moreover, the experimental drug’s approval would further segment the market between individuals requiring convenience (those who don’t need blood transfusions and live far away from treatment centers might favor Ultomiris) and patients with more serious cases of the rare disease (those requiring blood transfusions might prefer pegcetacoplan).

On the other hand, the company has has commenced an underwritten public offering of 7,000,000 shares of its common stock. All of the shares are being offered by Apellis. In addition, Apellis expects to grant the underwriters a 30-day option to purchase up to an additional 15% of the shares of its common stock sold in the public offering. Citigroup, J.P. Morgan and Evercore ISI are acting as joint book-running managers for the offering.