Ascendis Pharma A/S (NASDAQ: ASND) stock rose over 0.7% on May 20th, 2020 (as of  11:27 am GMT-4; Source: Google finance) after the company posted decent results for the first quarter of FY 20. The company in the quarter had announced positive top-line results from the four-week fixed dose, blinded portion of PaTH Forward, which is a global phase 2 trial evaluating the safety, tolerability and efficacy of TransCon PTH, which is an investigational long-acting prodrug of parathyroid hormone (PTH), in adult subjects with hypoparathyroidism. The data showed that within only four weeks TransCon PTH replaced the current standard of care for 82 percent of patients with hypoparathyroidism. The company is on track to report six-month data from the open-label extension portion of the PaTH Forward Trial during the third quarter, and to start a global phase 3 trial of TransCon PTH in North America, Europe and Asia in the fourth quarter. The company intends to submit the first IND or equivalent in oncology in the fourth quarter for TransCon TLR7/8 Agonist. 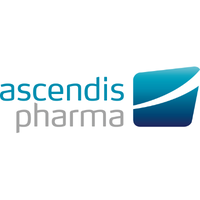 Meanwhile, for TransCon hGH, which is an investigational long-acting prodrug of somatropin (human growth hormone or hGH), ASND is on track for planned submission of a Biologics License Application (BLA) to the U.S. Food and Drug Administration (FDA) in the second quarter, and a Marketing Authorisation Application (MAA) to the European Medicines Agency now in the third quarter, both for pediatric growth hormone deficiency (GHD). The company in the quarter has submitted an Investigational New Drug (IND) amendment to initiate the global, phase 3 foresiGHt Trial evaluating TransCon hGH in adults with GHD. Enrollment is expected to begin later this year. The company is on track to initiate a phase 3 trial with TransCon hGH in pediatric GHD in Japan in the fourth quarter. the company has received Orphan Drug Designation from the FDA for TransCon hGH as a treatment for GHD.