BioMarin Pharmaceutical Inc. (NASDAQ: BMRN) stock rose 0.23% on 29th April, 2020 and continued its bullish momentum on 30th April, 2020 pre market session (as of 5:02 pm GMT-4 ; Source: Google finance) after the company posted better than expected results for the first quarter of FY 20. Due in part to the sale of Firdapse, the company has reported the GAAP net income in the first quarter of $81.4 million, which has exceeded the current full year guidance range of $20 million to $80 million. In the first quarter, the company had experienced minimal interruptions due to COVID-19, but do expect the potential for more meaningful business disruptions for the remainder of 2020 due to the pandemic. Therefore, the company have reduced the full year total revenue guidance by about 5% or $100 million, while maintaining both GAAP and non-GAAP income fully estimated provided earlier this year. 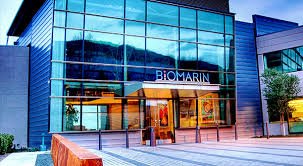 Moreover, the next blockbusters, BMN 270, valoctocogene roxaparvovec, or valrox hemophilia A and vosoritide for achondroplasia are continuing to advance, despite potential near-term impacts to the commercial business due to COVID-19. Further, the company plans to submit marketing applications to the FDA and EMA in the third quarter of this year. If approved, vosoritide will be the first medicine for the treatment of achondroplasia in the U.S. and Europe.

Meanwhile, in terms of licensure of the gene therapy manufacturing facility in the support of BMN 270 approval, Health Products Regulatory Authority of Ireland had conducted on behalf of the European Medicines Agency, a pre-approval inspection in Q1. After this inspection, a CGMP certification was granted, which allowed for commercial production and distribution of BMN 270 in the EU when the product is approved. At present, the inspection of the facility by FDA is anticipated to be completed during Q2, which will allow full licensure in the U.S. of the facility consistent with the August 21 PDUFA action date. The company has more than 400 doses of commercial BMN 270 ready for potential launch later this year, and is looking about the prospects for introducing the first gene therapy product for a bleeding disorder to the hemophilia community as soon as possible.