ChemoCentryx Inc (NASDAQ: CCXI), is responsible for the discovery and development of avacopan and owns and retains the commercial rights to the drug in the United States, stock generated YTD return of about 210% (Source: Finviz.com; as of December 16th, 2019). The company and Vifor Fresenius Medical Care Renal Pharma (VFMCRP) had recently announced the positive topline data from the pivotal Phase III ADVOCATE trial of avacopan, which is an orally-administered selective complement 5a receptor inhibitor, for the treatment of patients with anti-neutrophil cytoplasmic antibody-associated vasculitis (ANCA-associated vasculitis or ANCA vasculitis). The global study, in which a total of 331 patients with acute ANCA vasculitis were enrolled, had met both of its primary endpoints, disease remission at 26 weeks and sustained remission at 52 weeks, as was assessed by the Birmingham Vasculitis Activity Score, or BVAS. The two primary endpoints were tested sequentially using a gatekeeping procedure to preserve the Type I error. 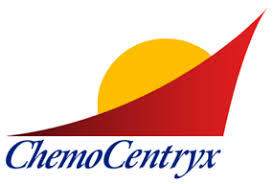 Further, the company has been awarded a two-year $1 million grant from the orphan drug office of the FDA to underpin the advancement in the Company’s ACCOLADE Phase II clinical trial of avacopan in patients with the rare kidney disease C3 Glomerulopathy, which is a disease with no effective approved treatment. CCXI is approaching 60 percent enrollment in the ACCOLADE trial.