Fate Therapeutics Inc (NASDAQ: FATE) stock rose over 0.6% on 3rd March, 2020 (as of 10:51 am GMT-5; Source: Google finance) after the company posted better than expected results for the fourth quarter of FY 19. The company has generated cash, cash equivalents and investments as of December 31, 2019 of $260.9 million, compared to $201.0 million as of December 31, 2018. The increase was mainly due to $162.4 million in net cash proceeds received by the Company from its September 2019 public offering of common stock. The company intends to initiate clinical investigation of FT538 in combination with daratumumab for the treatment of multiple myeloma in the second half of 2020. Further, in 2020, the company strives to be the first group in the world to bring off-the-shelf iPS-derived CAR T-cell therapy to patients. FT819 is the company’s first off-the-shelf iPSC-derived CAR T-cell product candidate and is derived from a clonal master engineered iPSC line engineered with a novel 1XX CAR targeting CD19 inserted into the T-cell receptor alpha constant locus, and edited for complete elimination of T-cell receptor expression to mitigate any risk of graft-versus-host disease. 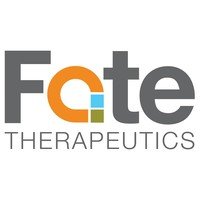 Moreover, in December, the Company had reported initial clinical data from the dose-escalation stage of the FT500 Phase 1 study for the treatment of advanced solid tumors as of a November 28, 2019 data cutoff (n=8 monotherapy; n=4 in combination with checkpoint inhibitor therapy).