Reata Pharmaceuticals Inc (NASDAQ: RETA) stock soared 28.08% on June 11th, 2020 but corrected over 2.7% on 12th June, 2020 (as of 11:34 am GMT-4; Source: Google finance). Blackstone Life Sciences announced that it will make strategic investment of $350 Million in RETA. This will be done to fund RETA’s development and potential commercialization of bardoxolone methyl, which is an investigational once-daily oral therapy being studied for chronic kidney disease (CKD) in Alport syndrome, autosomal dominant polycystic kidney disease (ADPKD), and other associated potential future indications. These are severe, life-threatening diseases and few or no effective therapies have been approved by the U.S. Food and Drug Administration (FDA). Bardoxolone has the potential to offer for the first time a therapy that will lead to the improvement in the quality of life for tens of thousands of patients around the world suffering from Alport syndrome. Alport syndrome in patients is a devastating genetic condition that has no approved treatments. This investment will help RETA to make strategic investments to further expand the development and commercial capabilities in preparation for the potential approval and launch of selling its first two novel drugs in the U.S. and abroad, pending regulatory review this year. Further, the cash injection will help the company to double its workforce and move into new headquarters. The deal is expected to close by June 24. Overall, the investment indicates Blackstone’s confidence in Bardoxolone achieving regulatory approval to begin commercial sales. 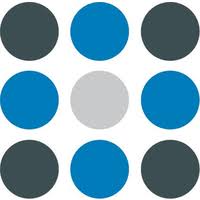 In addition, this $350 million financing by Blackstone Life Sciences will strengthen Reata’s balance sheet, and extends RETA’s cash runway through the end of 2023. RETA had ended the first quarter with nearly $625 million in cash & was enough to fund operations through 2021 only. The company’s second drug is Omaveloxolone, which is expected to treat Friedreich’s ataxia, a genetic disease that often starts in childhood and can lead to brain and nervous system damage.

Meanwhile, Reata hopes to use the drug Bardoxolone to produce a total of five treatments for chronic kidney diseases that is affecting 700,000 people in the U.S. In March Reata had stopped recruiting new patients for its Bardoxolone trials as kidney disease patients are high-risk for COVID-19.

Moreover, the royalty financing will pay Blackstone various single digit percentages of Bardoxolone sales by Reata and any of its licensees, excluding Kyowa Kirin Co., the company’s licensee in various Asian countries. The percentage can increase, though not more than single digits or decrease depending on if the drug is approved for commercial sales in the U.S. and other countries by a certain date.