Kilroy Realty Corp (NYSE: KRC) stock rose over 1.5% on Feb 4th, 2020 (as of 10:44 am GMT-5 ; Source: Google finance)  after the company posted better than earnings estimate for the fourth quarter of FY 19. Net income available to common stockholders fell to $72.5 million from last year’s $160.2 million. During the fourth quarter, the company had executed 12-month forward equity sale agreements under the ATM program for 1,945,906 shares at a weighted average sales price of $82.64. 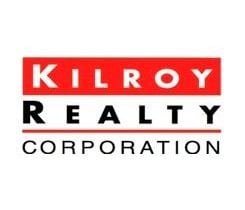 Meanwhile, the company In October, had acquired an office campus totaling approximately 152,000 square feet that is 100% leased to creative tenants and is located at 3103-3243 La Cienega Blvd. in the Culver City submarket of Los Angeles for $186.0 million. The company intends to significantly increase the square footage of the campus through redevelopment over time.

In December, the company had completed the acquisition of a 1.4-acre land site, located at 500 and 600 Olive Way, 601 Stewart Street, 1825 7th Avenue and 1818 16th Avenue, in the central business district of Seattle for a cash purchase price of $133.0 million. The company intends to seek entitlements to develop a mixed-use project over time.