Costco Wholesale Corporation (NASDAQ: COST) stock rose over 0.54% on 11th December, 2020 (As of 11:19 am GMT-5; Source: Google finance) after the company posted better than expected results for the first quarter of FY 21 as homebound Americans continue to spend more on food, home goods and fitness products during the pandemic, especially the high-income shoppers that make up much of the warehouse chain’s shopper base.

Comparable sales, those from stores or digital channels operating for at least 12 months, grew 17.1% during the first quarter ended Nov. 22, excluding the impact of gasoline sales and currency movements. In terms of the first quarter comp sales metrics, on a reported basis, for the U.S., the company reported a 14.6% figure, excluding gas deflation and FX impacts, the 14.6% for the 12 weeks would have been 17.0% increase. Canada, for the 12 weeks reported 16.2% ex gas and FX 16.8%. Other international posted 18.7%, ex gas and FX 17.7%. 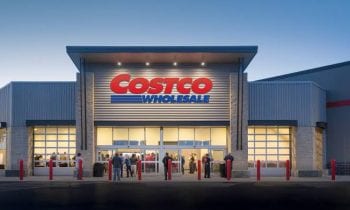 The company’s e-commerce sales grew 86% in the first quarter. However, for online orders, COST is currently struggling with some shipping delays. In terms of Q1 comp sales metrics, traffic or shopping frequency rose 5.5% worldwide and plus 7.6% in the U.S. The average transaction size was up for the company 9.4% in the quarter year-over-year and up 6.5% in the U.S.