AutoZone, Inc. (NYSE: AZO) stock rose over 6.93% on December 10th, 2019 and continued its bullish momentum on December 11th, 2019 (Source: Google finance) after the company posted better than expected results for the first quarter of FY 20. For the first quarter, the total auto parts sales, which includes the domestic retail and commercial businesses, the Mexico and Brazil stores, increased 5.8%. For the trailing four quarters ended, the total sales per AutoZone store were $1,864,000. This is up from an average of $1,792,000 at Q1 ending last year. Total commercial sales rose 13.6% in the quarter. Commercial represented 22% of the total sales and grew approximately $75 million over last year’s Q1. Net income for the quarter was $350 million, which is flat compared to last year’s first quarter. For the first quarter the company had generated $447 million of operating cash flow. Net fixed assets had increased 5.2% versus last year. Capital expenditures for the first quarter totaled $101 million and reflected the additional expenditures required to open 22 net new stores this quarter. The company finished the quarter with 5,790 stores in the US, 606 stores in Mexico, and 37 in Brazil, for a total store count of 6,433. 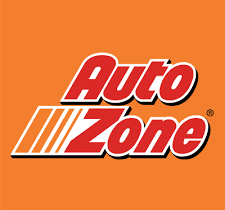 Moreover, EBIT for the first quarter was $500 million and its EBIT margin was 17.9%. Interest expense for the first quarter was $43.7 million, up 12.1% from Q1 a year ago, but in line with the company’s expectations. The company expects interest to be in the $44 million range in the second quarter of fiscal 2020 compared to $41.4 million last year Q2. The higher forecast than last year includes the costs associated with the bond issuance the company had this past April.

Additionally, the company repurchased $450 million of AutoZone stock in the quarter compared to $497 million in last year. At the end of quarter, the company had $1.277 billion remaining under the share buyback authorization