BlackRock, Inc. (NYSE: BLK) stock rose over 2.4% on 15th October, 2019 (As of 12:57 pm GMT-4; Source: Google finance) after the company posted mixed results for the third quarter of FY 19. The bank has become the world’s largest money manager due to the increase of exchange-traded funds that trade rapidly and index funds that track markets cheaply. The bank’s profits declined by 8% to $1.12 billion in the third quarter as the bank’s assets shifted into less lucrative products. BlackRock is also looking outside the U.S. for new growth. Looser regulations on foreign asset managers in China is pushing firms like BLK to explore new ways to make their fortunes in the world’s second largest economy. 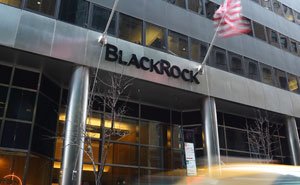 BLK in the third quarter of FY 19 has reported the adjusted earnings per share of $7.15, beating the analysts’ estimates for the adjusted earnings per share of $6.95, as per Zacks Consensus Estimate. The company had reported the adjusted revenue growth of 3.2 percent to $3.69 billion in the third quarter of FY 19, missing the analysts’ estimates for revenue of $3.73 billion. Total net flows rose to $84.25 billion, up from a loss of $3.11 billion a year earlier. The company’s assets under management crossed $6.96 trillion for the period from $6.44 trillion a year ago. Technology-services revenue rose 30%, but still makes up a small part of the company’s revenue.

BlackRock’s investment advisory, administration fees and securities lending revenue, which forms the biggest component of its revenue, increased by over 3%. That increase was muted by the rise and fall of markets. A stronger U.S. dollar boosted to increase assets in BlackRock’s U.S. strategies while reducing the assets and the fees BlackRock was able to collect in more lucrative international strategies. A selloff in overseas markets also reduced the share of assets in its funds that invest internationally. As per BLK price changes to some products ate into revenue. Performance fees fell 19.9%.