Fanhua Inc (NASDAQ: FANH) stock rose over 5.7% on 19th March, 2020 (Source: Google finance). At the end of December, 2019, the number of registered users of Lan Zhanggui crossed 1 million mark with monthly average visits of over 290,000 up 13% from last year, and yearly active users of over 630,000. At the end of December, 2019, the Company had RMB1,782.0 million (US$256.0 million) in cash, cash equivalents and short-term investments. The company’s operating income rose by 36.9% year-over-year to RMB114.1 million in the fourth quarter of 2019, which brought the total operating income in 2019 to RMB469.4 million, which represents a growth of 10.2% year-over-year. Moreover, in the fourth quarter of 2019, the company’s life insurance gross written premiums rose by 37.4% year-over-year to RMB2.4 billion, due to strong growth in both first year premium and renewal premiums. First year premium of life insurance segment hit record height of RMB934.5 million, which represents a year-over-year growth of 39.8%. 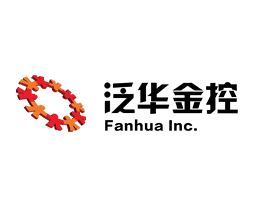 The company has delivered the net revenues for the life insurance business of RMB866.9 million (US$124.5 million) for the fourth quarter of 2019, which represents an increase of 17.9% from RMB735.0 million for the corresponding period in 2018.

For the first quarter of 2020, Fanhua anticipates its operating income to be no less than RMB50 million.