Glacier Bancorp, Inc. (NASDAQ: GBCI) stock rose over 1.9% on 18th October, 2019 (as of 11:42 am GMT-4; Source: Google finance) after the company posted better than expected results for the third quarter of FY 19. GBCI has reported the net income of $51.6 million for the third quarter, which is an increase of 5 percent, compared to the prior year third quarter net income of $49.3 million. This includes the current period acquisition-related expenses of $2.1 million and $5.4 million of stock compensation expense related to the accelerated vesting of stock options from the Heritage Bancorp acquisition.  The company posted the net interest margin of 4.42 percent, which had increased 9 basis points compared to 4.33 percent in the prior quarter and increased 16 basis points over the prior year third quarter. Core deposits organically grew 12 percent annualized, during the third quarter, including non-interest bearing deposit growth of 26 percent annualized. Third quarter organic loan growth was 4 percent annualized. 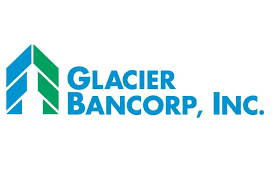 Meanwhile, In September of 2019, the Company announced the signing of a definitive agreement to acquire State Bank Corp., the parent company of State Bank of Arizona, a community bank based in Lake Havasu City, Arizona (collectively, “SBAZ”). The acquisition will be complete after getting required regulatory approvals and other customary conditions of closing and is anticipated to be completed in the fourth quarter of 2019 or early in the first quarter of 2020.  After closing of the transaction, SBAZ will merge into GBCI’s Foothills Bank division and will expand the Company’s footprint in Arizona.