The company’s net income fell to $460.4 million, from $877.9 million, the year earlier due to an impairment of $106 million in the quarter against goodwill tied to Wave, which is a financial-services company it purchased last year. The company has ended the fiscal year 2020 with $2.7 billion in cash, including $2.0 billion from its line of credit, which remains fully drawn.  The line of credit is subject to various conditions, including a covenant which requires the company to maintain a debt-to-EBITDA ratio of 3.5 on April 30 of each year.  The company did not meet this covenant based on fiscal 2020 financial results but has obtained a waiver from its lenders for the period ended April 30, 2020 with no changes to any of the terms of the line of credit. 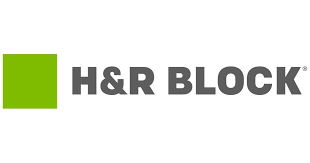 The company had reported the adjusted revenue growth of $1.81 billion in the fourth quarter of FY 20. Additionally, the company has declared a quarterly cash dividend of $0.26 per share, which is payable on July 1, 2020 to shareholders of record as of June 26, 2020. In fiscal 2020, the company had repurchased 10.1 million shares for $247 million, at an average price of $24.36.  The company made no share repurchases in the fourth quarter of fiscal 2020.  Approximately $750 million remains under the company’s current share repurchase authorization, which expires in June 2022.

In addition, the company is in the process of finalizing the plans, that includes renegotiating rents with landlords across the retail footprint, implementing a hiring freeze, eliminating merit increases for fiscal ’21, examining vendor spend to renegotiate existing contracts, and reducing capital expenditures to only what is necessary. Furthermore to these savings, the company has signed a non-binding letter of intent with MetaBank to be the provider of the financial products, including Refund Transfer, Refund Advance, Emerald Advance and Emerald Card, which will result in savings.