Meanwhile, during the third quarter Lindsay had completed the acquisition of Net Irrigate, LLC, which is projected to expand the number of irrigated acres managed under the company’s FieldNET platform. In combining Net Irrigate’s market share with the organic growth Lindsay has generated, year-to-date growth in new devices is 200% versus the prior year. 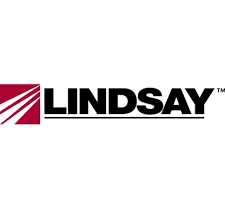 In the international irrigation markets, revenues had fallen to $32.6 million compared to $35.6 million in the same quarter last year. Higher volumes in Brazil, and certain other regions were more than offset by unfavorable effects of foreign currency translation of approximately $3.5 million, and COVID-19-related shipment delays of approximately $2 million. The company projects the revenue from these delayed orders to be realized in the fourth quarter. Infrastructure segment revenues for the third quarter of fiscal 2020 rose 32% to $29.6 million due to higher Road Zipper system sales and lease revenues, which were partially offset by lower sales of road safety products in Europe.