MSC Industrial Direct Co Inc (NYSE: MSM) stock rose 0.09% on January 8th, 2020 (Source: Google finance) after the company posted better than expected results for the first quarter of FY 20. The gross margin was down about 80 basis points with Mexico accounting for roughly 20 basis points of the decline. Total reported operating expenses in Q1 were $256.9 million, which is slightly better than expected as a percent of sales. The company’s reported operating margin was 11% compared to the guidance of 10.7%. Further, DSO was 60 days, which is up two days from fiscal 2019’s, Q1 with higher growth in national accounts receivables continuing to be the main driver. The inventory had fallen by $20 million during the first quarter to $539 million. Total Company inventory turns stood at 3.5 times remained unchanged from Q4 and slightly lower than last year’s 3.6 times. 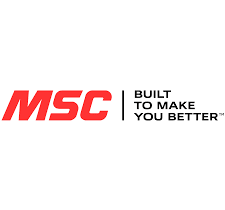 We expect inventory to increase in our fiscal second quarter, due primarily to our usual year end base. Net cash provided by operating activities in the first quarter was $85 million versus $77 million last year. Our capital expenditures in the first quarter were $13 million, versus last year’s $10 million and so after subtracting capital expenditures from net cash provided by operating activities, our free cash flow was a solid $72 million as compared to $67 million in last year’s Q1.

For the second quarter, the company expects earnings to be in a range of $0.97 to $1.03 per share on net sales expected to be in the range of $781 million and $798 million. At the midpoint, average daily sales are expected to decline about 2.5 percent compared to last year’s second quarter. The analysts polled by Thomson Reuters are expecting the company to report earnings of $1.14 per share on sales of $812.99 million for the quarter.