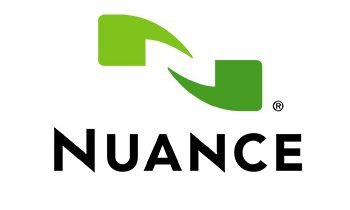 Healthcare segment revenue in Q4 fell 10% compared to Q4 in 2019. The fiscal year 2020 revenue was down 4% compared to 2019 due to entirely by the non-strategic HIM and EHR businesses, which were heavily affected by COVID. The business lines representing the strategic healthcare revenue were down 4% in Q4, but up 3% overall in fiscal year ’20. This full year growth was on back of strong performance in the Dragon Medical Cloud business, which generated more than $280 million of revenue during the year, up 38% versus 2019. Enterprise business revenue fell 3% in Q4, but for the full year, it was up 4% year-over-year. NUAN ended the fiscal year with a cash and marketable securities balance of $372 million, which is above the minimum cash balance target range of $250 million to $350 million. The company generated cash flow from operations in the quarter of $81 million, up slightly year-over-year.

Additionally, the company repurchased about $170 million of common stock and retired about $470 million in debt principal value during fiscal year ’20, all of which took place in the first half of the year.

On the other hand, the company intends to sell the Health Information Management (HIM) Transcription business and the Electronic Health Record (EHR) Go-Live Services business to a new independent company, DeliverHealth Solutions LLC (DeliverHealth), formed by Assured Healthcare Partners (AHP) in partnership with Aeries Technology Group (Aeries).  The deal is anticipated to be completed in early 2021. As part of the self-off, NUAN will be a minority shareholder of DeliverHealth and will continue to provide its technology to the company. The company will now focus its innovation and market resources as a pure-play conversational AI market leader while providing continuity of EHR Go-Live Services and HIM Transcription businesses to existing and new customers via DeliverHealth.