Patrick Industries, Inc. (NASDAQ: PATK) stock rose 10.09% on September 30th, 2019 (Source: Google finance) after the company completed the acquisition of G.G. Schmitt & Sons, Inc., which is a designer and manufacturer of customized hardware and structural components, that includes marine towers, seats, ladders, handrails, port lights, and other metal hardware and related products, mainly for major OEMs in the marine industry. G.G. Schmitt’s trailing 12-months revenue through August 2019 was about $20 million and the Company projects the acquisition to be immediately accretive to net income per share. The acquisition of G.G. Schmitt includes the acquisition of accounts receivable, inventory, and machinery and equipment. The acquisition was funded under the Company’s credit facility. Patrick will continue to operate G.G. Schmitt on a stand-alone basis under its brand name in its existing facilities. 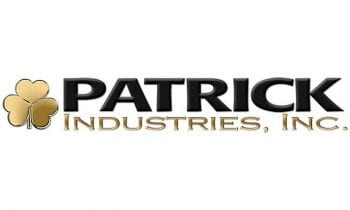