Ruhnn Holding Ltd – ADR (NASDAQ: RUHN), the China based company stock surged 47.37% due to positive news on the tariff front. In April 2019, RUHN had successfully completed the IPO on the Nasdaq Global Select Market, marking a significant milestone in the Company’s history. RUHN has already begun to see an impact from the IPO on Ruhnn’s brand awareness and the industry influence in the Internet KOL e-commerce sector in China. As of June 30, 2019, the Company had cash, cash equivalents and short-term investment of RMB733.6 million (US$106.9 million), compared with RMB90.0 million, as of March 31, 2019. 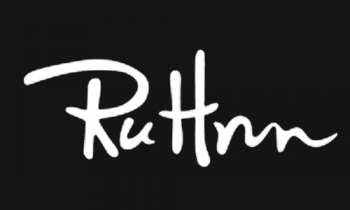 On the other hand, in the first fiscal quarter 2020 the company’s GMV increased by 50.4% to RMB755 million and net revenues increasing by 34.3% to RMB312.8 million both on a year-over-year basis. Notably, revenues from the platform model tripled in the first fiscal quarter compared with the same year-ago period. Benefiting from robust top-line growth and improving operating efficiency, the company managed to significantly narrow the adjusted net loss by approximately 51.6% on a year-over-year basis. Platform GMV as a percentage of total GMV continued to increase in the first fiscal quarter, recording 45.7% compared with 19.4% in the year ago period. Full-service model GMV as a percentage of total GMV decreased to 54.3% from 80.6% for the same fiscal quarter of last year.

Moreover, Gross profit was RMB111.5 million (US$16.2 million) for the first quarter of fiscal year 2020, a 93.0% increase from RMB57.8 million for the same quarter of last fiscal year. The company has also realized significant margin expansion resulting in gross margin of 35.7% compared with 24.8% in the year-ago period.  The increase was primarily due to (i) the increased gross margin in product sales attributable to more crossover cooperation with third party brands and enhanced efficiency in supply chain management; and (ii) the increased proportion of the Company’s net revenues attributable to services under the platform model which exhibit higher gross margins than product sales.