ServisFirst Bancshares, Inc. (NASDAQ: SFBS) stock rose over 8.6% on July 21st, 2020 (as of 12:15 pm GMT-4 ; Source: Google finance) driven by second quarter of 2020. The firm reported $1.5 billion in e-deposits and reported over $1 billion in PPP SBA loans for almost 5,000 borrowers. The past dues fell by $2.8 million during the second quarter of 2020 as compared to the first quarter of 2020, while non-performing assets lost over $12.7 million. NPAs fell 30% on the back of a settlement being reached on their largest non-performing asset.  The bank granted over $60 million in second deferrals, but expects most of the clients who had the deferral would or have already returned to normal payments. Moreover, the while Retail CRE consists of $270 million in loans, or 3.5% of the loan portfolio. 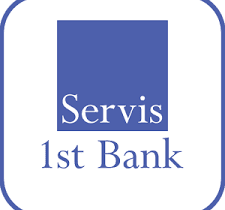 Net interest margin fell to 3.32% during the second quarter of 2020 against the 3.58% for the first quarter. Adjusting for the average PPP loan balances of $886 million, PPP interest income and $2.6 million in PPP loan fees, the net interest margin was 3.47.