Smartsheet Inc (NYSE: SMAR) stock rose 14.20% on March 17th, 2020 (Source: Google finance) after the company posted better than expected results for the fourth quarter of FY 19. The company has reported a fourth-quarter loss of $28.2 million, compared to a loss of $11.7 million in the year-ago period. Calculated billings rose 58% YoY to $101.5 million. Smartsheet had ended the year with more than 6.3 million total users, including more than 950,000 paid licensed users. More than 9,000 domain-based customers pay the company $5,000 or more per year, now representing over 75% of our ARR. In Q4, the dollar net retention rate rose to 135%. During the quarter, expansion within the base included 93 companies increasing their ARR by more than $50,000, up from 69 in Q3 and 28 companies increasing their ARR by more than $100,000, up from 17 in Q3. The company has generated negative operating cash flow of $42,000 and negative free cash flow of $3.6 million and the company has ended the fourth quarter with a strong cash and short-term investments position of $566 million. 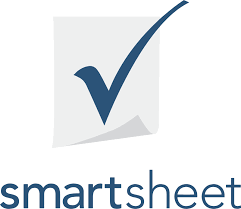