TD Ameritrade Holding Corp.(NASDAQ: AMTD) stock rose over 1.8% on 22nd October, 2019 (as of 9:54 am GMT-4; Source: Google finance) after the company posted better than expected results for the fourth quarter of FY 19. The company has eliminated the fees for most of its online trading activity like online exchange-listed stock, ETF (US and Canadian), and option trades, earlier this month, which will reduce the company’s revenue. The company has reported fiscal fourth-quarter net income of $551 million compared to $454 million, in the year-ago period. 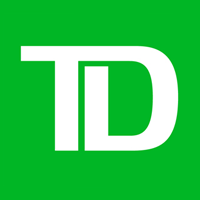 The rates have moved from $6.95 to $0, with the change to be effective from October 3, 2019. Clients trading options will now have to pay $0.65 per contract with no exercise and assignment fees. This decision will impact revenue impact of approximately $220-240 million per quarter, or approximately 15-16 percent of net revenues, based on June Quarter fiscal 2019 revenue.

TD Ameritrade expects revenue for 2020 to range between $5.3 billion and $5.9 billion, compared to the $5.93 billion expected by analysts, according to Refinitiv. Ameritrade expects its earnings to decline in the first quarter as it adjusts to losing more than $220 million in commission revenue because of the price change it announced earlier this month. For the fiscal first quarter, the analysts project adjusted earnings to be of 71 cents a share on sales of $1.25 billion.