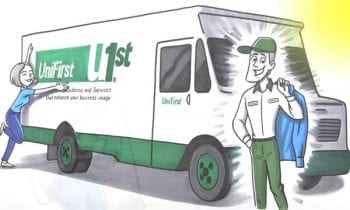 Moreover, the core laundry operations revenues rose 6.6% in the quarter to $416.3 million from the first quarter of 2019. Core laundry organic growth was 6%. During the quarter, the organic growth came mainly from the solid new account sales and improved customer retention in fiscal 2019, as well as the improved collection of merchandise recovery charges. The revenues from the Specialty Garment segment fell by 3% to $33.4 million in the first quarter. This decline was mainly due to decreased outage activity in the US and Canadian Nuclear Operations, which was partially offset by strong growth in the cleanroom operations. First Aid segments revenues grew by 15.2% to $15.7 million and the segment’s operating income rose by 19.9% to $1.4 million.

UNF expects fiscal 2020 revenues to be in the range of $1.860 billion and $1.872 billion and full year diluted earnings per share to be in the range of $7.60 and $7.92. While the analysts polled by Thomson Reuters project the company to report profit per share of $8.02 on revenue of $1.86 billion. The company has reduced the high end of its previous guidance for revenue partially due to reduced business activity and wearer levels in the energy dependent markets. The company’s fiscal 2020 will contain one less week compared to fiscal 2019.