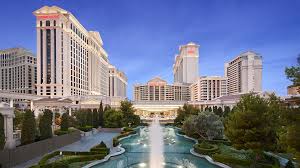 Additionally, the Company has declared a cash dividend of $0.2975 per share of common share for the third quarter, based on an annual distribution rate of $1.19 per share, which reflects a 3.5% increase from the prior annualized dividend rate.

In addition, during the quarter the company had closed the JACK Cincinnati acquisition, from which the company has added $42.75 million in annual rent, increasing the rent by 4.9% on an annualized basis. With this acquisition, in the third quarter the company had expanded the tenant roster with Hard Rock International, an international leader in gaming, entertainment and hospitality experiences. The company’s balance sheet remains well capitalized as the company is working to close the pending acquisitions of the Century Portfolio, JACK Cleveland Casino and JACK Thistledown Racino, and the Eldorado Transaction on a leverage-neutral basis.