WesBanco Inc (NASDAQ: WSBC) stock rose over 1.18% on 23rd July, 2020 (as of 12:38 pm GMT-4; Source: Google finance) post the second quarter of FY 20 update. WSBC in the second quarter of FY 20 has reported the adjusted earnings per share of 7 cents, while reported the adjusted revenue of $151.9 million in the second quarter of FY 20, beating the analysts’ estimates for revenue of $146.5 billion. Organic loan growth was 11.3% year-over-year, due to WesBanco’s support of communities impacted by the pandemic, as well as the commercial and residential real estate loan categories. The loan growth included approximately $837 million of loans funded through the Small Business Administration’s Paycheck Protection Program (“SBA PPP”), as established by the CARES Act. Commercial and residential real estate loans grew organically 3.9% and 1.6% year-over-year, respectively. Organic deposit growth, excluding certificates of deposit, stood at 20.3% year-over-year, due to growth in demand deposits.

On November 22, 2019, WSBC consummated the merger with Old Line Bancshares, Inc., which is a bank holding company headquartered in Bowie, MD with approximately $3.0 billion in assets, excluding goodwill.  Financial results for OLBK have been included in WesBanco’s results from the merger consummation date. 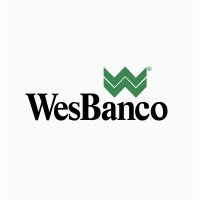 Further, during the second quarter of FY 20, net interest income rose 20.9% as compared to the same quarter of 2019, due to a 33.7% increase in average total earning assets, mainly due to the OLBK acquisition and related accretion from purchase accounting, partially offset by the lower loan yields, reflecting repricing of existing loans and lower new offered rates in the current market environment. The net interest margin stood at 3.32% for the second quarter of 2020, which represents the decrease of 35 basis points year-over-year, mainly due to the lower interest rate environment from the five decreases in the Federal Reserve Board’s target federal funds rate, totaling 225 basis points, from July 2019 through March 2020, as well as a flattening of the yield curve.