Williams Companies Inc (NYSE: WMB) stock rose over 3.13%  on 4th May, 2020 and continued its bullish momentum on 5th May, 2020 pre market session, rising over 0.9% (Source: Google finance) given the decent earnings for the first quarter of FY 20 as strong fee-revenue and cost savings more than offset much lower commodity margins. There was continued growth from the Transmission & Gulf of Mexico segment along with the Northeast G&P segment, despite the onset of the historic disruption in energy markets on the back of geopolitical factors and the wide-spread economic impacts of COVID-19. The company has reported the net loss of $518 million, including the net non-cash impairment impact of $824 million. The company generated 10% increase in DCF to $861 million, 4% rise in Adjusted EBITDA to $1.26 billion & 2% increase in cash flow from operations to $787 million. The company has posted 45% decrease in capital investments, which is down $233 million vs. 1Q 19. 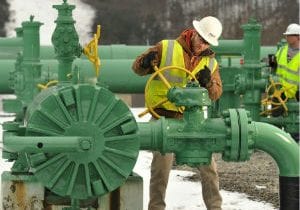 Moreover, for West segment, the volumes were stable in first-quarter 2020, but Modified and Adjusted EBITDA had fallen mainly due to $34 million of lower revenue in the Barnett Shale due to reduced recognition of non-cash deferred revenue and the end of a contractual MVC period and a $21 million impact on commodity margins and inventory driven by lower NGL prices. Northeast G&P segment’s first-quarter 2020 Modified and Adjusted EBITDA had showed increased service revenues due to higher gathering, processing and liquids handling volumes mainly due to the new Northeast JV, Susquehanna Supply Hub, and the Utica Shale region, along with the additional ownership in Utica East Ohio Midstream following the March 2019 acquisition and contribution into the Northeast JV.