Yunji Inc (NASDAQ: YJ) stock rose 5.32% on November 2nd, 2019 (Source: Google finance) after the company in the third quarter of FY 19 has reported 69.8% rise in GMV to RMB9.2 billion (US$1.3 billion) from RMB5.4 billion in the same period of 2018 driven by the Company’s broadening of product categories and focus on platform operations since the launch of its marketplace business model. However, the total revenue fell to RMB2,773.1 million (US$388.0 million), compared with RMB3,084.0 million in the same period of 2018, mainly due to a decline in the revenues from sales of merchandise, which recognizes revenues on a gross basis, as the Company shifted a portion of its merchandise sales to its marketplace business platform, which recognizes revenues on a net basis. The company reported the adjusted net loss of RMB24.9 million (US$3.5 million), compared to RMB39.9 million in the same period of 2018. As of September 30, 2019, the cumulative membership had risen by 14.2% to 12.3 million from 10.8 million as of June 30, 2019. 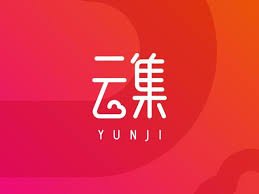 Further, for the third quarter of 2019, the loss from operations has increased to CNY 132.3 million compared with CNY 74.7 million in the prior year period. The company expects the operating income to be improved continuously in the fourth quarter of 2019 and 2020. As of September 30, 2019, the company had a total of CNY 2.3 billion in cash and cash equivalence, and the short-term investments.

Moreover, some merchants from the merchandise sales platform have decided to move on to the marketplace business platform and, therefore, have taken responsibility for the procurement storage and the management of their own inventory. The revenues from the marketplace business were CNY 86.3 million compared to nil in the same period of 2018. The company’s total operating expenses had risen to CNY 636.4 million in third quarter of 2019 compared with CNY 492.9 million in the prior year period.

Additionally, the revenues from sales of merchandise, net fell by 14% to RMB2,472.0 million (US$345.8 million) from RMB2,875.7 million in the same period of 2018. The decline came on the back of a portion of merchandise sales shifted to the Company’s marketplace business platform as the Company continued to refine its resource allocation plan to further improve the operational efficiencies of its merchandise sales platform, marketplace business platform, and platform merchants.