Guidewire Software Inc (NYSE: GWRE) stock rose over 6.2% in the pre-market session (Source: Google finance) after the company posted better than expected results for the third quarter of FY 20. The new term licenses and renewals of contract durations that were longer than the standard two-year initial and annual renewal terms, had contributed about $13 million in incremental revenue, when compared to the standard term durations. The company has ended the quarter with $1.3 billion in cash, cash equivalents and investments. The company generated the operating cash flow for the quarter of $4.6 million and free cash flow for the quarter of $1 million excluding $5.3 million in final expenditures related with the new headquarters. The company’s operating and free cash flow in the quarter were negatively affected due to about $10 million due to the early partial payment of annual bonuses that would have generally been paid in September 2020 for all active bonus eligible employees, excluding senior executives. 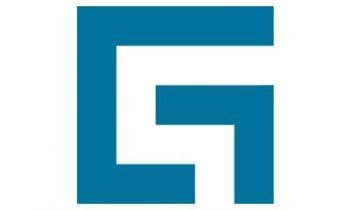 GWRE in the third quarter of FY 20 has reported the adjusted earnings per share of 9 cents, beating the analysts’ estimates for the adjusted loss per share of 6 cents, according to the Zacks Consensus Estimate. The company had reported the adjusted revenue growth of 3 percent to $168.17 million in the third quarter of FY 20, beating the analysts’ estimates for revenue by 10.26%. Subscription revenue in the quarter grew 105% to $30.1 million on the back of ongoing InsuranceSuite Cloud activity and some positive Cyence usage, resulting in $1.1 million of variable revenue true-ups. The company posted License and subscription revenue of $93.2 million, which is the primary driver of the total revenue outperformance. The company delivered the gross profit of $94.2 million in the third quarter, compared to $94.1 million a year ago. License and subscription margin for the third quarter has fallen to 76%, down from 87% a year ago, due to large investments in cloud operations. Services gross margin for the third quarter has fallen to 12% from 16% a year ago. Overall gross margin for the quarter has fallen to 56%, compared to 58% a year ago.