NVIDIA Corporation (NASDAQ: NVDA) stock rose over 2.2% on 22nd May, 2020 (as of 12:13 pm GMT-4 ; Source: Google finance) after the company posted better than expected results for the first quarter of FY 20. NVDA has transitioned its GPU Technology Conference to an all-digital format, drawing more than 55,000 registered participants. Further, the acquisition of Mellanox has expanded the cloud and data center opportunity. The company has raised the bar for AI computing with the launch and shipment of the Ampere GPU and the digital GTC conference attracted a record number of developers, highlighting the accelerating adoption of NVIDIA GPU computing. 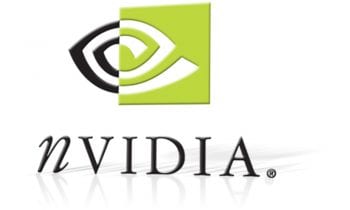 Additionally, in the first quarter of fiscal 2021, the company had paid dividends of $98 million. NVIDIA is currently authorized to repurchase up to $7.24 billion in shares through December 2022.

For the second quarter of fiscal 2021, including the impact from the acquisition of Mellanox, which closed on the first day of the second quarter, the company expects revenue to be $3.65 billion, plus or minus 2 percent. Mellanox is projected to contribute a low-teens percentage of combined second quarter revenue. The non-GAAP gross margins are anticipated to be in the range of 58.6 percent and 66.0 percent, respectively, plus or minus 50 basis points. The sequential decline in GAAP gross margins will be due to an increase in acquisition-related costs, most of which are non-recurring in nature. The non-GAAP operating expenses are anticipated to be in the range of approximately $1.52 billion and $1.04 billion, respectively. The non-GAAP operating expenses for the full year, which will include Mellanox starting with the second quarter, are expected at approximately $5.7 billion and $4.1 billion, respectively. The non-GAAP other income and expense are projected to range between approximately $50 million and $45 million, respectively. The non-GAAP tax rates are expected to be 9 percent, plus or minus 1 percent, excluding any discrete items.