PagSeguro Digital Ltd (NYSE: PAGS) stock rose over 4.7% on August 13th, 2021 (As of  11:06:37 AM UTC-4 · USD; Source: Google finance) after the company posted decent results for the second quarter of FY 21. The company posted Adjusted EBITDA of R$629 million, which is up 64%, with acquiring adjusted EBITDA reaching R$730 million and PagBank adjusted EBITDA reducing losses as a percentage of PagBank revenue, gaining traction to reach the break-even in the coming quarters. The company has reported Non-GAAP net income of R$345 million, up 12% year over year. CapEx per sales went down from 25% in Q2 2020 to 17% in Q2 2021. In June, the PagBank active clients crossed 11 million, driven by an outstanding 2.1 million net addition in the quarter, while active merchants continued the health net addition pace above 220,000, reaching 7.6 million active merchants. 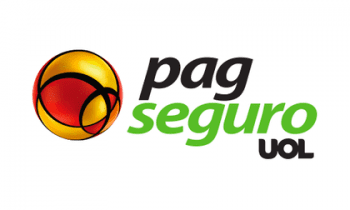 Moreover, while in Q2 2021 versus Q2 2020, the total cards industry in Brazil grew 52%, the acquiring TPV grew 89%, on the back of the secular shift to electronic payments combined with the successful go-to-market strategy to serve not only longtail merchants but also sellers larger than longtails’ through the hubs. The active merchants reached 7.6 million.

PAGS in the second quarter of FY 21 has reported the adjusted earnings per share of 20 cents, missing the analysts’ estimates for the adjusted earnings per share of 21 cents, according to the Zacks Consensus Estimate. The company had reported the adjusted revenue growth of 75 percent to $447.32 million in the second quarter of FY 21, beating the analysts’ estimates for revenue by 4.58%. The company’s acquiring revenue reaching R$2.2 billion and PagBank revenue of R$182 million. All-time high consolidated TPV of R$102 billion, up 154%, with acquiring TPV growing 89%, with Hubs TPV and Online TPV maintaining the strong growth trends observed in the past quarters, and PagBank TPV growing 341%, both in comparison to the same period of last year. The acquiring revenues rose 77% in comparison to the same period in the last year, or 35% on a two-year CAGR basis. The growth was due to a better TPV mix towards credit cards volumes and the successful strategy to serve larger merchants, which supported the acquiring net take rate of 2.24%, stable in comparison to the first quarter. PagBank revenues reached R$182 million, up 89% year-over-year.

The company expects acquiring TPV growth guidance of above 40% to be above 45% now in 2021. The company also projects a reduction of capital expenditures in R$200 million, setting a new level of R$1.8 billion for this year.