ServiceNow Inc (NYSE: NOW) stock rose over 8.78% on 29th April, 2020 and continued its bullish momentum generating 7.6% in the pre-market session of April 30th, 2020 (as of 8:32 am GMT-4; Source: Google finance). The company posted better than expected results for the first quarter of FY 20 and the company is confident that it will reach $10 billion in annual revenue for the first time this year despite the economic damage caused by the coronavirus pandemic. ServiceNow has reported first-quarter earnings of $48.2 million compared to a loss of $1.6 million in the year-ago period. The company reported that its bookings in the first quarter grew 30% from a year ago. Subscription revenue grew 34% in the same period. During the first quarter, the company had added 37 new transactions worth at least $1 million in net new annual contract value. The company now counts 933 customers with more than $1 million in contract value. 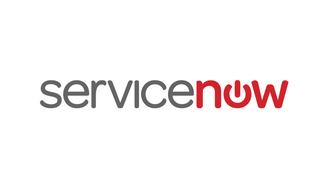 For the second quarter, the analysts are projecting adjusted earnings to be of 93 cents a share and sales to be of $1.06 billion.

The company is expecting subscription revenue growth to be in the range of 29% to 30% in the second quarter, while its full-year subscription revenue is projected to grow by about 27%.The company said that the subscription revenue guidance it provided has taken into account the expected impacts of the COVID-19 pandemic and that the most significant challenges will occur in the second and third quarters of 2020. ServiceNow expects the uncertainty for new business, renewal timing, billing terms especially with customers in industries that have been affected by the pandemic. The company is assuming that the economic conditions will begin “to open up more broadly by the end of the year.” The company has cut its guidance on that revenue for the year to as much as $4.19 billion, from an earlier high-end expectation of $4.23 billion.

On the other hand, the company is making a push into artificial intelligence to increase its cloud-based workflow automation software that helps companies improve productivity. The companies that increasingly rely on digital technology like cloud computing to solve problems, is expected to grow to $7.4 trillion by 2024, according to market researcher IDC.