Tenet Healthcare Corp (NYSE: THC) stock rose over 2.3% on 21st October, 2020 (Source: Google finance) after the company controlled its net loss from continuing operations attributable to common shareholders of $197 million, versus a loss of $227 million last year. As of October 19, 2020, the company had approximately $3.3 billion of cash on hand and no borrowings under its $1.9 billion line-of-credit facility. Through October 19, 2020, the Company had received about $1.5 billion of Medicare advance payments from the Centers for Medicare and Medicaid Services (CMS). The repayment terms for the Medicare advance payments got recently revised by the federal government with repayments now in stages that begin 12 months from the provider’s receipt of the advance payments. An interest rate of 4 percent will also be assessed on any outstanding balances 29 months from the initial advance. The Company has also received about $890 million of grant aid from federal stimulus relief funds associated with the pandemic. 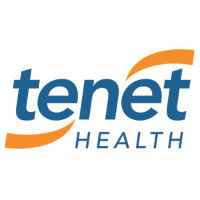 In addition, during 3Q20, the Company completed a $2.5 billion offering of 6.125% senior unsecured notes and retired all of its previously-outstanding 8.125% unsecured notes that were due in April 2022. This transaction eliminated any significant debt maturities until June 2023 as well as reduces future annual cash interest expense payments by approximately $50 million.