Veeva Systems Inc (NYSE: VEEV) stock surged over 3.5% in the pre-market session of March 4th, 2020 (Source: Google finance) after the company posted better than expected results for the fourth quarter of FY 19. Veeva Commercial Cloud and Veeva CRM bookings grew compared to the last year and the pace of new CRM customer wins also accelerated as the company added 53 new customers Subscription revenue retention was 121% for the year 2019 and customer count rose to 861, up from 719 the year prior. Veeva Commercial. Fourth quarter marked the company’s largest commercial SMB win to date, a seven-figure deal to expand CRM and add five Commercial Cloud applications. Further, the company introduced Veeva Vault Safety in the year 2019 and now has 14 early adopters. Continued innovation also increased the momentum in Vault CDMS, which has supported more than 60 clinical studies to date. Overall, Vault showed strong performance across all markets in the quarter and year. 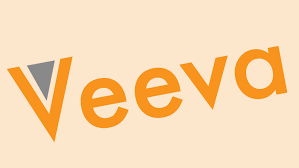