Veeva Systems Inc (NYSE: VEEV) stock rose over 3.6% on May 29th, 2020 (as of 10:22 am GMT-4; Source: Google finance) after the company posted better than expected results for the first quarter of FY 21. The company generated strong cash flow quarter with cash from operations coming in at $282 million, including $20 million in excess tax benefit related to equity compensation.

VEEV in the first quarter of FY 21 has reported the adjusted earnings per share of 66 cents, beating the analysts’ estimates for the adjusted earnings per share of 58 cents, according to the Zacks Consensus Estimate. The company had reported the adjusted revenue growth of 38 percent to $337.11 million in the first quarter of FY 21, beating the analysts’ estimates for revenue by 3.82%. Subscription revenue rose by 36% year-over-year and the company posted the non-GAAP operating margin of 39%. The subscription revenue grew due to strong bookings in both Commercial Cloud and Vault. Services had a record quarter mainly due to Vault demand with good contribution from Veeva CRM Engage Meeting projects. This was partially offset by cancellations related to in-person speaker events, which had affected the recently acquired Physicians World business. 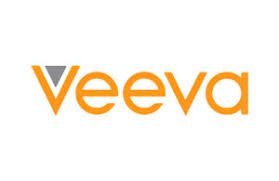 Further, Q2 calculated billings is expected to be about $280 million with Q4 billings expected to make up more than 40% of this year’s totals. In Q2, the company expects total revenue to be in the range of $339 million to $341 million and professional services of $63 million to $64 million.