Tableau Software Inc Class A (NYSE: DATA) stock surged 33.41% on June 10th, 2019 after Salesforce.com decided to buy the company for $15.3 billion. As part of the all-stock deal, Tableau shareholders will get 1.103 Salesforce shares, valuing the offer at $177.88 per share, which reflects a premium of 42% to Tableau’s Friday closing price. The deal is expected to close in the third quarter, after which Tableau will operate independently, led by Chief Executive Officer Adam Selipsky and its current leadership team. Bank of America Merrill Lynch was the financial adviser to Salesforce and Goldman Sachs & Co LLC advised Tableau. The business of analysing data is fast becoming a battleground, with tech behemoths Alphabet Inc’s Google and Amazon.com Inc scaling up their presence in the market to take on established players like Microsoft and Tableau. Last year, Salesforce bought web-based service MuleSoft Inc. in a $6.5 billion deal, as it sought to migrate more clients to cloud services. The company also bought e-commerce platform Demandware Inc. for $2.8 billion in 2016. 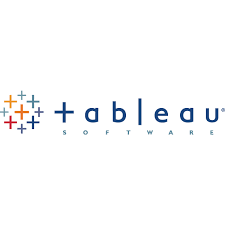 Meanwhile, Tableau has been a presumed acquisition target for some time, and documents hacked in 2016 from an in-box of a Salesforce director showed Tableau on a list of apparent company acquisition targets. Salesforce paid a considerably steeper price that it would have in 2016.