Chipotle Mexican Grill, Inc. (NYSE: CMG) stock has delivered more than 95% returns in the year 2019 (Source: Finviz.com). The company’s digital business has been increasing in size to $1 billion dollars, new in-restaurant features are being installed to help reduce friction and increase convenience for customers and delivery drivers alike. Walk-up windows and premium placement for digital built in pick-up portals will allow the customers to receive their food more efficiently than before. The company is testing a new restaurant design to better underpin its billion-dollar digital business. The evolved design will be trialed in four new restaurants of the following types, that includes an urban store front, a standalone restaurant with a Chipotlane and an endcap unit with a Chipotlane, in Chicago, Cincinnati, and two locations in Phoenix. Further, the new restaurant design is expected to be trialed in two retrofits in Newport Beach and San Diego. As part of its stage gate process, Chipotle will assess the performance of each restaurant for transactions, guest feedback, and ability to incorporate future menu innovations, among other metrics, before determining which design will roll out nationally. During the third quarter, digital sales rose 87.9% and accounted for about a fifth of its total sales. 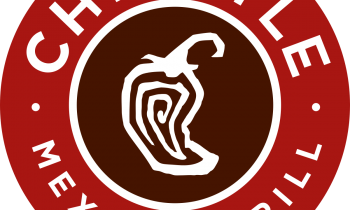 Moreover, Chipotle has also been improving how customers pick up their digital orders by adding Chipotlanes to locations. In 2020, the company plans to open between 150 and 165 new locations, with more than half including a “Chipotlane.” The customers can also pick up their online orders in stores using special pickup shelves. The company had opened 25 new restaurants during the third quarter including one relocation, and closed one restaurant, which brought the total restaurant count to 2,546. Based on the early success of Chipotlanes, the company had shifted the real estate strategy to seek more sites that can accommodate a Chipotlane. As a result, of the more than 80 restaurants currently under construction, about half of them will have a Chipotlane, which will result in a total of about 60 Chipotlanes by the end of 2019. Given the longer construction timeline associated with Chipotlanes, some of the new openings are likely to shift from Q4 into early 2020, so the company now expects the total openings for 2019 to fall at or slightly below the low end of the FY 2019 range of 140 to 155 openings.