Constellation Pharmaceuticals Inc (NASDAQ: CNST), the biopharmaceutical company that uses its expertise in epigenetics to discover and develop novel therapeutics and is in clinical stage, stock generated over 1024% returns as the hedge fund are bullish on the stock & was in 8 hedge funds’ portfolios at the end of September. Casdin Capital was the largest shareholder of CNST, with a stake worth $9.8 million reported as of the end of September. OrbiMed Advisors, Hillhouse Capital Management, and P.A.W. Capital Partners were also one of the largest hedge fund holders of the company. 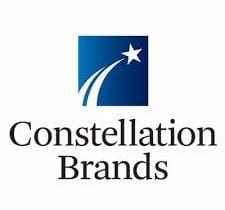 The company has also recently published the new data from its Manifest phase 2 clinical study that evaluated the experimental drug CPI-0610 in treating myelofibrosis. The company’s this new data showed “signs of encouraging clinical activity in both JAK-inhibitor-naive patients and ruxolitinib-refractory or -intolerant patients.” The company had examined the effects of CPI-0610 on first-line patients and second-line transfusion-dependent patients more closely. All the four patients in the third arm of the study who received CPI-0610 in combination with Jakafi in a first-line setting had felt spleen volume reduction of at least 35% and a reduction in total symptom score of at least 50%. The results from patients in the other two arms of the study were presented at major conferences in June 2019. The company had expanded the third arm of the study to around 100 patients, which is  up from the 43 initial patients. Constellation has also begun the strategic plan for a potential pivotal study with CPI-0610 as a first-line treatment for myelofibrosis.

Additionally, the updated preliminary data presented at American Society of Hematology (ASH) showed signs of clinical activity for CPI-0610, which was similar to that previously reported at the annual meetings of the American Society for Clinical Oncology (ASCO) and the European Hematology Association (EHA) and in the ASH abstracts. Meanwhile, Constellation has started planning for a randomized, active-controlled, pivotal Phase 3 clinical trial studying the combination of CPI-0610 and ruxolitinib versus ruxolitinib and placebo in JAK-inhibitor-naïve patients with MF. The Company expects this clinical trial to start in 2020.