Huazhu Group Ltd (NASDAQ: HTHT) stock surged over 30.2% in this year to date (Source: Finviz.com) as the company in the third quarter of FY 19 has reported 10.4% rise in the net revenues to RMB3.1 billion (US$427 million) year-over-year for the third quarter of 2019, which is in line with the revenue guidance previously announced by HTHT of 9%-11%. 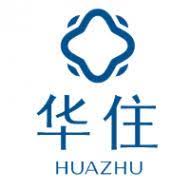 Moreover, the company had in pipeline of 1,736 in hotels equivalent to 34% of the hotels in operation. This ratio has increased from 23% at Q3 last year due to franchise and manachised business, which was 97% of the total unopened pipeline. The company’s loyalty program continue had reached 139 million members by the end of Q3 2019, which represents 46% CAGR from year 2011. The advance bookings through the online travel reservations contributed about 40% of our total room bookings.

Meanwhile, HTHT has recently announced the acquisition of Deutsche Hospitality or DH, which is a leading German operator having flagship brand, Steigenberger, which is a reputable luxury hotel brand across Europe, North Africa and Middle East. DH projected its 2019 revenue to be of EUR490 million with an EBITDA to be of approximately EUR40 million. At an enterprise value of about EUR700 million, the valuation of the acquisition represents an approximately 17.5 times 2019 forecasted EBITDA. The company expect the forward multiple to decrease to about 10 after three years. The deal is expected to close in January 2020 after the completion of certain customary conditions. DH would account for 4% of Huazhu’s rooms, 27% of Huazhu’s revenues and a 9% of Huazhu’s EBITDA. The transaction value is about 7% of Huazhu’s market cap.