Indian Rupee Strengthens As Currency Tries to Rally in 2H20

The Indian rupee is strengthening midweek as the emerging market currency tries to rally in the second half of 2020 on a weakening US dollar and confidence in the broader financial market. The coronavirus public health crisis continues to inflict pain on the South Asian economy, with no respite in sight. Although some analysts have turned bearish on the rupee, the currency might find support over the next few months on a depreciating greenback. But what about the economic data?

The IHS Markit manufacturing purchasing managers’ index (PMI) slipped to 46.0 in July, down from 47.2 in June – anything below 50 indicates a contraction. The market had penciled in a reading of 47.8. This is the fourth consecutive month of a decline in factory activity, driven mainly on falling output, demand, new orders, and export sales. Business confidence has improved to a five-month high.

The IHS Markit services PMI came in at 34.2 last month, slightly better than the 33.7 in the previous month. The median estimate was 38.8. This was the third straight month of improvement, but there were still steep drops in new orders, production, exports, and output charges. Service companies maintain a sour outlook on the economy, primarily due to continued lockdown measures and a severe economic downturn.

On Thursday, the Reserve Bank of India (RBI) is expected to slash interest rates by 25 basis points to 3.75% at its August policy meeting. The central bank’s interest rates have come down from a little more than 6% at the start of 2020. 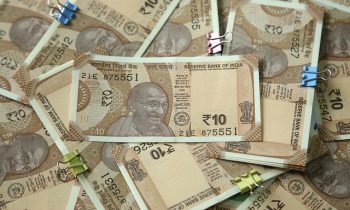 With the US dollar slumping in recent months, investors are bullish on emerging market economies and currencies. Since there is ample liquidity in global financial markets, there is greater risk tolerance. This was evident in the jump in net inflows in Indian equities. Despite the currency’s appreciation, analysts fear that it could threaten the nation’s competitive status in international trade.

At the same time, the US Treasury Department will soon be releasing its list of currency manipulators. Because the rupee has strengthened since hitting record lows against the greenback, it is unlikely to be added. Foreign reserves have accelerated to an all-time high of about $518 billion in July, up from $506.8 billion in June.

It should be noted that as the US Dollar Index, which gauges the buck against a basket of currencies, fell 6% since peaking at 103.00, the rupee has also risen 1%.

On the COVID-19 front, the situation is still devastating in India. The country has 1.91 million confirmed cases, with a death toll of about 40,000.