Progressive Corp (NYSE: PGR), that offers personal and commercial insurance throughout the United States, stock fell 0.5% on 20th April, 2020 (as of 12:02 pm GMT-4; Source: Google finance) but generated 14.4% in this month (Source: Finviz.com). 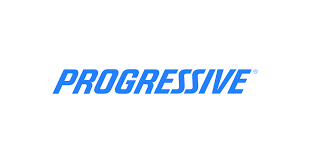 During March, the company began to experience the impact from the social distancing and shelter-at-home restrictions that were put in place in response to COVID-19. The year-over-year reduction in net premiums written for the month is due to decreases in both new applications and average written premiums per policy, as well as the $110.5 million reduction in the transportation network company business net premiums written. Compared to the same weeks in the prior year, for the first week of fiscal March, which was prior to the implementation of the COVID-19 restrictions, the personal auto new application growth was more than 2%, while new auto applications declined about 23% for the last three weeks of the month, which was after the COVID-19 restrictions were in effect. The policies in force growth fell slightly from February month end as growth in renewal applications in part offset the decreases in new applications. The companywide loss/LAE ratio for March was 16.3 points lower than the ratio reported on a year-to-date basis through February 2020. For the month, the incurred losses and LAE reflect the decrease in auto accident frequency is driven by the COVID-19 restrictions, and were in part offset by $103 million of reserve increases based on actuarial analysis of the ultimate costs of claims incurred through the end of the month.  During the month of March, the company recognized an additional allowance for doubtful accounts, which increased the underwriting expense ratio and combined ratio about 2.4 points. In addition to the expense impact, the company anticipates that there were about 200,000 personal auto policies that remained in force at month end due to the billing leniencies in place during the month.

Additionally, the company has recently announced that it is providing approximately $1 billion to the customers as a result of fewer claims that come with less frequent driving.