International Game Technology PLC (NYSE: IGT) stock fell over 0.4% on 20th May, 2019 (as of 12:56 pm GMT-4; Source: Google finance). The company posted 4 percent fall in the adjusted operating income of $230 million at constant currency. This is due to the higher depreciation associated with upgrading the gaming installed base and lottery contract wins and extensions. The company has reported Gaming service revenue of $155 million as the Terminal service revenue reflects decline in installed base and lower average yields due to product mix and increase in other service revenue from a large, multi-year poker contract. 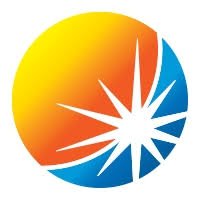 This is on back of the 20% rise in global gaming machine unit shipments and stable lottery revenue, which is offset by rise in gaming machine taxes in Italy and lower gaming systems sales.

IGT has posted the adjusted EBITDA of $417 million, driven by strong performance of Italy and North America Lottery and better selling, general and administrative expenses and research and development costs than the prior-year period despite higher legal costs.

For North America Gaming & Interactive, the company posted the revenue of $240 million. The company posted the Product sales revenue of $84 million due to strong 28% rise in terminal revenue at constant currency resulting from 8% increase in gaming machine units shipped at higher average selling prices, current quarter new/expansion units include shipments to Encore Boston Harbor and replacement units fell slightly due to fewer VLT unit shipments, and decline in other product sales revenue driven by comparison with exceptionally high sales of systems in the prior year. The segment’s operating income is of $49 million compared to $57 million in the prior-year quarter

For North America Lottery, the company posted the revenue of $296 million. Lottery service posted the revenue of $241 million, in line with the prior year on the back of overall same-store revenue growth driven by instant ticket and draw games; difficult comparison with elevated jackpot activity in the prior year, recovery of certain service level agreement provisions incurred previously, partially offset by lower revenue in Illinois and LMA impacted by timing of pass-through revenue with no associated profit