The Japanese yen is rising against multiple currency rivals on Tuesday, buoyed by industrial production and retail sales that came in much better than what analysts expected. The yen, which has benefited from its safe-haven appeal during the global financial chaos, will be tested in March when the primary economic reports related to the coronavirus are published.

According to the Japanese government, retail sales rose 0.6% in February, down from the 1.5% jump in January. The key thing is that analysts had anticipated a 0.9% contraction. Sales growth did stall in machinery and equipment, general merchandise, and apparel. However, these declines were offset by increases in food, motor vehicles, and fuel.

Industrial output climbed 0.4% last month, down from the 1% boost in January. The market had penciled in a tepid gain of 0.2%. Despite the better-than-expected performance, industrial production is still down 4.7% year-over-year.

On the labor front, the unemployment rate was unchanged at 2.4%, and the jobs-to-applications ratio dipped from 1.49 to 1.45.

In other data, year-over-year housing starts fell 12.3% in February, down from the -10.1% reading in the previous month. The median estimate was -14.7%. Construction orders picked up 0.7%, but they were down from the 17% spike in January. 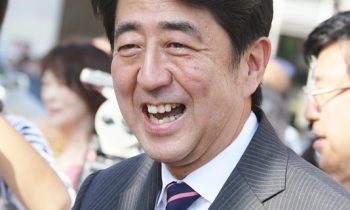 The news comes soon after Prime Minister Shinzo Abe announced a “boldest-ever” stimulus package to prevent the world’s third-largest economy from succumbing to the COVID-19 pandemic. The financial details are being worked out, but the rescue package is predicted to be greater than the $526 billion emergency bailout more than a decade ago.

The prime minister said that the proposal will consist of cash handouts to eligible households, no-interest loans to small- and mid-sized businesses, wage subsidies for companies to maintain payroll levels, and potentially lower tax rates.

Tokyo is projected to lose $4 billion after it was announced that the Tokyo Summer Olympics would be delayed until July 23 to August and the Paralympics would be postponed until August 24 to September 5. The cash-strapped federal government is already spending more than $12 billion to host the Olympics.