Japanese Yen Weakens As Abe Unveils Another Aggressive Round of Stimulus

The Japanese yen is weakening against its most-traded currency rivals midweek after the federal government announced another round of fiscal stimulus to support the economy. This comes soon after it was confirmed that Japan slipped into a recession as the coronavirus pandemic continues to take its toll on the world’s third-largest economy.

Prime Minister Shinzo Abe unveiled a $296 billion spending program that involves giving every adult and child nearly $1,000, extending rent relief to small businesses, grants to medical workers, and funding for vaccine development. Despite the aggressive measures, Abe acknowledged that it would take “quite a long time” for Tokyo to return to normal.

This would be in addition to the $1 trillion in spending outlined last month.

Abe plans to cover most of the efforts by issuing bonds, and the biggest buyer might be the Bank of Japan (BoJ). The central bank’s bond holdings are nearly the size of the entire economy, rising 3.4% year-over-year to $4.5 trillion. With more spending underway and more economic fallout, the BoJ is likely to accelerate its expansionary policy.

In the meantime, the prime minister is imploring the parliament to approve the stimulus and rescue package.

With this world’s biggest package equivalent to 40 percent of our GDP, we’ll protect the Japanese economy through this once-in-a-century crisis. It is of utmost importance that we deliver assistance to people in tough situations. 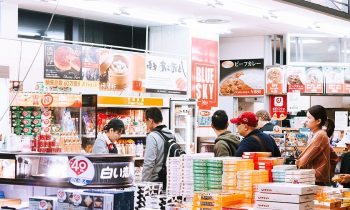 Japan recently fell into a recession for the first time since 2015 as the economy contracted at an annual pace of 3.4% in the first three months of 2020. In the fourth quarter of 2019, the gross domestic product (GDP) came in at -6.4%. Analysts polled by Reuters forecast the economy to slump at a record high of 22% in the second quarter of 2020.

The country recently lifted its state of emergency that affected its supply chains and export-oriented businesses. The prime minister confirmed that COVID-19 infection levels have declined to safe levels. Japan has nearly 17,000 confirmed cases and reported just under 900 deaths.