JPMorgan Chase & Co. (NYSE:JPM) stock rose 1.13% (As on Oct 14, 11:46:38 AM UTC-4, Source: Google Finance) after the company posted better than expected results for the second quarter of FY 21 on a $1.5 billion boost from better-than-expected loan losses. The gain came after the bank released $2.1 billion in reserves and had $524 million of charge-offs in the quarter. Companywide revenue grew 2% to $30.4 billion, mostly driven by booming fees in the firm’s investment banking and asset and wealth management divisions. Net interest income of $13.2 billion edged out the $12.98 billion StreetAccount estimate on higher rates and balance sheet growth. Fixed income revenue fell 20% to $3.67 billion, below the $3.73 billion StreetAccount estimate. But equities trading revenue more than made up the shortfall, producing $2.6 billion, beating the $2.16 billion estimate. Robust levels of mergers and IPO issuance in the quarter helped the firm’s investment bank. The company posted a 50% increase in investment banking fees to a record $3.28 billion, exceeding the estimate by half a billion dollars. 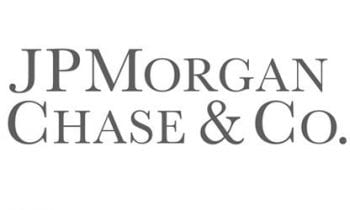 Moreover, the firm’s asset and wealth management division posted a 21% increase in revenue to $4.3 billion on higher management fees and growth in balances. Assets under management rose 17% to $3 trillion on rising equity markets. Companywide loan growth has stabilized and should pick up next year, driven by higher spending and increased revolving of debts by credit-card users. Further, JPMorgan’s third-quarter profit was 24% higher than the same period last year, and the bank’s average loans and deposits rose, as did credit-card spending, helping JPMorgan’s lending income rise 2.5% from the second quarter. JPMorgan’s decision to release $2.1 billion from credit reserves also bolstered its profit.

By the end of 2022, people are forecasting 4% unemployment, wages are going up, jobs are plentiful. The analysts were enthusiastic about the signals that customers are getting back to spending and investing. The bank maintained its guidance that it sees net interest income for the year to come in around $52.5 billion.