KeyCorp (NYSE:KEY) stock rose 0.08% (As on Jan 21, 11:09:07 AM UTC-4, Source: Google Finance) after the company posted better than expected results for the fourth quarter of FY 21. Net income from continuing operations attributable to common shareholders was $601 million, up 9.5% year over year. Net interest income (on a tax-equivalent basis) declined marginally to $1.04 billion. The fall was mainly due to lower reinvestment yields and the exit of the indirect auto loan portfolio, largely offset by higher earning asset balances. Taxable-equivalent NIM from continuing operations contracted 26 basis points (bps) to 2.44%. At the fourth-quarter end, average total deposits were $151 billion, up 2.8% from the prior quarter. Average total loans were $99.4 billion, down almost 1%. Net loan charge-offs, as a percentage of average loans, decreased 45 bps year over year to 0.08%. Allowance for loan and lease losses was $1.06 billion, down 34.7%. Provision for credit losses was $4 million, down 80% from the prior-year quarter. Non-performing assets, as a percentage of period-end portfolio loans, other real estate-owned properties assets and other non-performing assets were 0.48%, down 44 bps. 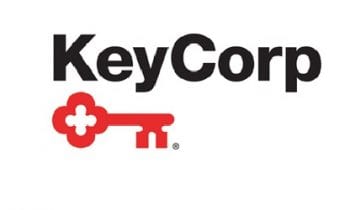 Meanwhile, the company had invested in Laurel Road and the rollout of the national digital bank, in the team, and an increased marketing. The company has strengthened the digital and analytics capability, including the acquisitions of AQN and XUP. These investments correlated to higher levels of personnel costs from increase in hiring, as well as the production-related incentives. On the non personnel side, the company saw an increase in business services and professional fees, computer processing expense, and marketing