Kimberly Clark Corp (NYSE:KMB) stock rose 1.06% (As on Oct 26, 11:34:51 AM UTC-4, Source: Google Finance) after the company posted mixed results for the third quarter of FY 21 and cut its guidance for the third straight quarter. Third quarter adjusted operating profit was $745 million in 2021 and $806 million in 2020.  Results were impacted by $480 million of higher input costs, driven by pulp and polymer-based materials, distribution and energy costs. The company now plans to hike prices and optimize costs “to mitigate these headwinds as it is becoming clear they are not likely to be resolved quickly”. Net profit fell 1%, to $469 million. However, Organic sales were strong of 4% in the quarter and included the impact of pricing actions implemented in the second and third quarters. In North America Personal Care organic sales were, up 11%, driven by mid single-digit increases in both net selling price and volume. In D&E markets personal care, organic sales were up 7% organic sales increased double digits in Argentina, Brazil, China, India, Eastern Europe and South Africa. In North America, organic sales increased 3 percent in consumer products and 16 percent in K-C Professional.  Outside North America, organic sales were up 6 percent. The top line performance was strong despite the resurgence of COVID, which impacted growth in ASEAN, Latin American and KC Professional. The company delivered solid savings of $150 million in the quarter, $115 million of cost savings from the company’s FORCE (Focused On Reducing Costs Everywhere) program, $35 million of cost savings from the 2018 Global Restructuring Program and lower marketing, research and general expense and the company also reduced between the line spending. 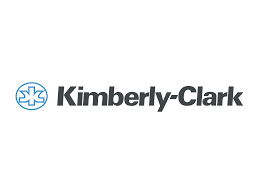