La-Z-Boy Incorporated (NYSE:LZB) stock rose 8.40% (As on June 22, 11:14:53 AM UTC-4,Source: Google Finance) after the company posted better than expected results for the fourth quarter of FY 22. Consolidated non-GAAP operating margin was 9.4% versus 10.0% in the prior-year fourth quarter. Operating margin for the current-year period was impacted by raw material inflation and plant inefficiencies related to increasing manufacturing capacity, partially offset by pricing and surcharge actions, and fixed-cost leverage on higher volume. Joybird delivered sales increased 40% (+30% adjusting for the 53rd week) to a record $53 million in the fiscal 2022 fourth quarter compared with the same quarter last year. Joybird written sales increased 3% in the fiscal 2022 fourth quarter compared with the prior-year quarter. Joybird profit for the quarter increased versus the prior-year period, reflecting an improved gross margin and continued increased marketing investments as the company builds brand awareness while continuing to increase web conversion, retail store traffic, average order value and average sales price 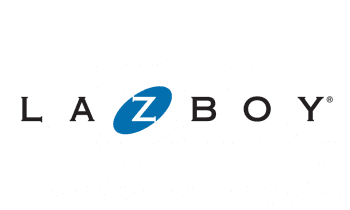